What to Do When a Giving Heart Gives You Debt Problems 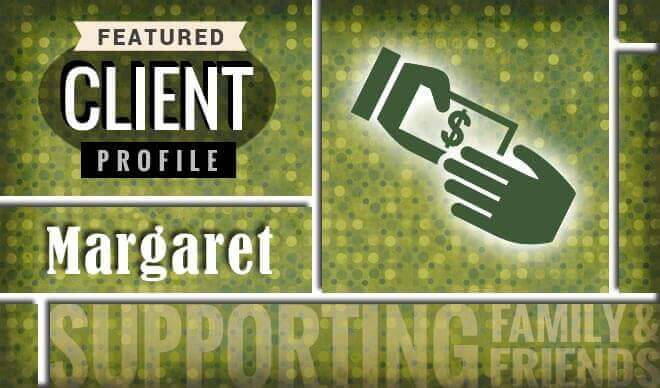 Compassion and altruism can lead to debt if you overextend and give too much.

Being compassionate and generous are admirable qualities, but they aren’t always good for your budget. When friends and family are in need and you have the money to give, it can be tough to say no or even to establish some ground rules for repayment. However, too many handouts and you could find yourself stuck with bills you don’t have the means to pay back.

That’s the situation Margaret found herself in. She enjoyed helping others  who were in need – it made her feel good to help. Unfortunately, Margaret funded a large part of her charity with credit cards. When her family and friends failed to pay her back, she was stuck with a large bills she couldn’t pay.

She pulled out the credit cards anytime a friend needed help…

“My debt problems started two years ago when I had several friends and family members who needed help. It didn’t seem that bad at first – just a few charges here and there. I helped a family member get set up in a new house, helped another get a car, and paid for a few small things that a couple of friends needed.”

Promises for repayment were never in writing…

“You feel bad making someone write out an IOU, so we always agreed verbally that they would pay what they could when they could. But you know how they always say they will pay you back and then they never do. A few people gave me a few bucks here and there, but it was never what we agreed upon.”

The requests for help kept mounting…

“One friend asked me to help her buy a coat, so I charged it because I wasn’t going to let a friend go without a coat for winter. Then she needed a few more items and we kept adding things on. She promised to pay me back, but even though she was working she never made any attempt. That’s the part that hurts. She was a friend for a number of years, but now the friendship is ruined.”

Margaret finally sat back and evaluated all of the debt she’d taken on. She had $8,000 in debt spread out over eight credit cards. She stopped charging, but the debt was becoming problematic.

Her creditors weren’t helping either…

“I was making payments, but then the interest rates on a few of my cards shot up and it became a real problem. I don’t understand how credit card companies can do that; it’s not okay.”

Margaret reached out to her creditors on her own. She knew the higher interest rates would make it nearly impossible to pay her debt off effectively. In order to eliminate her debt, she needed lower rates.

“I tried to make a deal with them but they just wouldn’t work with me. They gave me such a hard time. The last time I talked to someone at one of the companies I tried to explain that I’m trying to pay so I didn’t have to file for bankruptcy. It just fell on deaf ears.”

Margaret knew she needed help to eliminate her debt…

“I felt embarrassed and even maybe a little ashamed – I’m not one to ask for help. But I tried to figure a way out on my own and I couldn’t. I felt I had no choice but to call Consolidated Credit. A tremendous load was lifted after I called because now you were the ones doing all the calling and setting up the program for me. What a relief!”

Margaret talked to a certified credit counselor who reviewed her debts and budget. She qualified for a debt management program and together they found a monthly payment that would work for her budget. Then Consolidated Credit’s team called her creditors to negotiate on her behalf.

“That’s when they finally accepted the proposal. I couldn’t do the stressful job of negotiating that you all do. You guys have to be commended because I know I couldn’t do it even when I tried.”

This is one of the advantages of going through a credit counseling agency to consolidate debt. Credit counseling agencies have established relationships with creditors and financial institutions. They also have proven track records of helping clients to pay back everything they owe. As a result, creditors are often more willing to accepted negotiated payment arrangements, because they have more of a guarantee that there will be results.

Margaret’s learned that giving shouldn’t be at her expense…

“I’ve referred a couple of different people to Consolidated Credit already. I recently recommended a friend of mine who was in over her head. I told her you guys are helping me, so maybe to can help her, too.”

And she still supports her friends and family. She just does it with emotional and mental support instead of money:

“I tell people not to lose hope. There is always an answer and if you don’t talk to the right people the first time, keep on trying. Just never give up. Like they say there are problems, but there are also always solutions to those problems. You just have to take the time to listen and take advice from the right people. Swallow your pride – you don’t have to be ashamed. Ask for help when you need it.”

“I can see have one credit card for emergencies, but I won’t get carried away. I will never get involved in that kind of debt again.”

With the help of her credit counselor and the free resources, Margaret’s created a budget that allows her to live without any dependence on credit cards. With her finances in order, she’s looking forward to the future.

“I’m thankful that there are places out there like Consolidated Credit to help people who are helpless and hopeless. That’s how I was feeling. You offer a good service and give good advice. I appreciate it from the bottom of my heart.”