Taking Too Much Credit Too Early and Too Fast 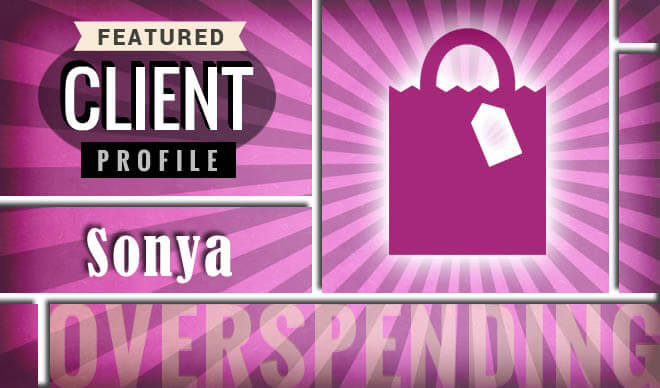 Early access to credit left Sonya to juggle bills for most of her life.

In 2009 the Credit Card Accountability, Responsibility and Disclosure (CARD) Act barred the sales of credit cards to anyone under age 21 without a cosigner. Congress enacted this legislation to curb rampant marketing of credit cards to young adults as soon as they turned 18. Regulators found that often credit use was not explained fully and that led to early onset problems with debt. Young adults would take on too much credit too fast, because they didn’t know any better.

That’s the situation that Sonya faced. When Sonya was 18 – fresh out of high school – she received her first credit card without even applying for it. It was a department store credit card with a $3,000 credit limit. To a teenager with no job , no responsibilities, just starting out her life, it felt like winning the lottery. And that’s exactly how the teenage Sonya treated her unsolicited credit card – basically, like free money.

Skirting the line to hook consumers when they’re young…

“I got my first credit card right out of high school. It was a credit card for a high-end department store. I didn’t even apply for it. It just showed up at the house and it had a $3,000 credit limit. I was 18 and so of course I said, ‘yay free money!’”

Even back then, this practice skirted a law already in place before the Credit CARD Act. The Truth in Lending Act of 1968 bars the practice of unsolicited accounts. It states: “No credit card shall be issued except in response to a request or application therefor.” It goes on to outline that an issuer cannot open an account except in response to an application or renewal.

However, credit card companies found clever ways to market new accounts that skirted this regulation. They would send pre-approved credit card offers that seemed as if you already had the account. You called to “activate” your account, but in actuality you were completing the application process.

Today’s credit card marketing practices are more closely regulated. The Consumer Finance Protection Bureau (CFPB) monitors issuers to make sure they avoid deceptive marketing practices. So, an issuer may still tell you that you are approved for a certain limit. However, it should be clear that you don’t yet have the account.  These days if someone tells you have an account that you didn’t apply for, it’s a sign of identity theft.

But back in the day when Sonya received her account it was a legitimate credit that could legitimately get her into trouble.

Sonya took on too much credit too early…

“After receiving my first credit, my mother co-signed another department store credit card for me. Then after that, I was able to get other cards on my own.”

Most of the credit that Sonya got was for specific department stores. At such a young age, Sonya wasn’t educated enough about credit to know that store credit cards tend to have higher interest rates and unfavorable terms.

Each time Sonya approached a limit on one of her credit cards, her creditors would increase the limit. Unfortunately, Sonya took advantage of all that spending power.

“I was spending on clothes, trips, vacations, things like that. I didn’t have any kids. So, I was just having fun and living the good life on credit cards. I could fly free, but when I got to my destination I acted like a rich girl. So yeah, that’s how I go into debt – the hellhole, I like to call it, because I felt trapped.”

Living the high life eventually caught up with her…

Eventually, living a champagne lifestyle on a beer bottle income drove Sonya to have too much credit card debt to repay on her own. Her $15,000 debt load began to negatively impact her budget; she couldn’t keep up with the bills. Interest charges and late fee penalties only made her problems worse, leading to nonpayment and debt collection calls. Sonya started to feel financially stressed, so she made a concerted effort to pay off her debt.

“It was the year 2000 and I was a little over $15,000 in debt. I tried to solve my debt problem on my own, but I was paying too much on one credit card and not enough on the other. There was a constant fear of answering the phone, because every time it was someone screaming about the credit cards. I was making payments, but the balances were stagnant and then some of them were also behind.”

After months of juggling bills and deciding which accounts to pay each month, Sonya realized enough was enough.

“Somehow I came across Consolidated Credit. I thought it was too good to be true, but I called to see if it was real. I was embarrassed because I thought whoever I talked to would be like, ‘How did you let yourself get into so much debt?’ But I needed help, so I said, ‘OK, let me just call to see what they’re going to tell me.’” 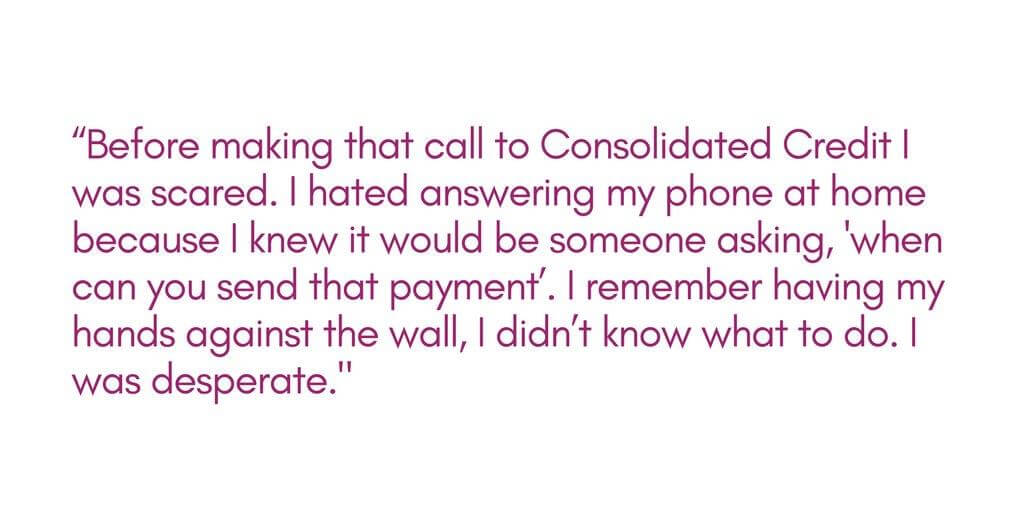 “Once I was on the phone with a credit counselor, I felt hopeful. I thought, ‘It sounds like they are really going to try and help me.’ They told me what to do, like sending them the info about my creditors. And in no time, I was enrolled in a debt management program.” 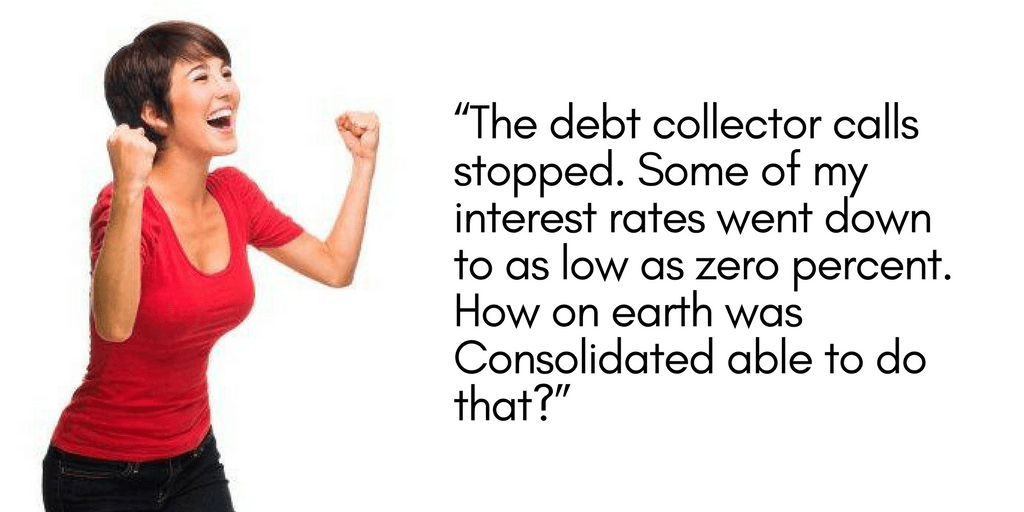 Interest rate negotiation is a key part of the credit counseling process. High interest rates are the reason that you can’t reduce debt quickly with traditional payment methods. By reducing or eliminating interest charges, you can get out of debt faster and more effectively. With reduced interest charges and consistent, on-time monthly payments, clients start to see their balances decrease.

“Within a few years, I was debt free. Consolidated Credit’s debt management program changed my life and got me on the right track. I was able to buy a house a couple years later.”

Sonya understands now that her early access to credit was more of a curse than it was a blessing. She was sinking fast, but with the help of Consolidated Credit she could rise above her challenges. Now, she’s leading a healthy financial life.

Does she have any regrets?

“I don’t regret traveling. I just regret the way in which I overextended myself. But I’m sure glad that I found you guys.”

During her enrollment in a debt management program, Sonya used free financial education resources to find better ways to use credit. She learned how to budget and save up for things like vacations, and how to use credit strategically to avoid debt problems.

“I remember the day I made my last payment – I couldn’t believe it. As I looked back and I was like, ‘I don’t owe anybody any money! I can’t believe I paid these people off.’” 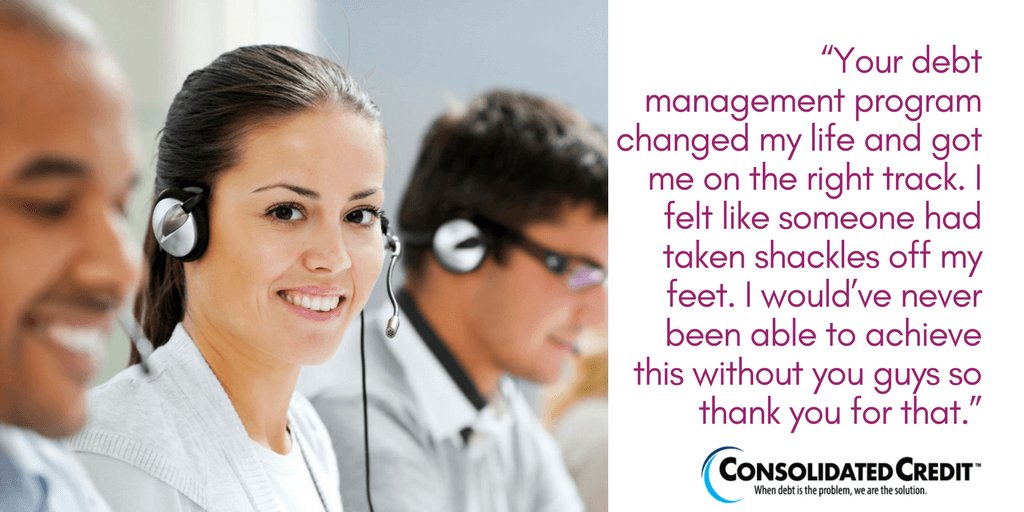 “Your debt management program changed my life and got me on the right track. I felt like someone had taken the shackles off my feet. I would’ve never been able to achieve this without you guys so thank you for that.”

“Now I’ve learned to live within my means. I know how to handle my money better and I always know where my money goes. At that time, I got into all that debt and I didn’t care. As long as I could make that minimum payment and my credit card was available, I was okay. But now, I’m like, ‘No way.’ Getting out of debt changed my life.

“Now I know that I don’t need all those credit cards. Now every time I get one of those pre-approved credit card offers, I tear them up. I tell myself, ‘Don’t do that.’ I have one credit card, my bank card and that’s it. That’s how I live life. I don’t want to go to work only to pay bills. I want to enjoy life.”

Sonya still travels, but she’s smarter about it…

“Before I used to come home and cry when the credit card bills came in. I overextended myself every time I took a trip. Now when I go on a vacation, my vacation is already paid for in cash by the time I get on that plane or boat. Now, I can really enjoy my vacation because I know it’s already paid for.”

She also applies what she’s learned to her daily spending, too.

“I only have one credit card from my bank. So, I use it and then I pay it, and that’s it. I learned my lesson. Cash is pretty much king. That’s how I live.”

She also has some advice for anyone in a similar situation…

“If anyone think this is a scam, it really is not. It truly helped get my credit back on track 17 years ago. Here I am in 2017 leading a healthy financial life.” 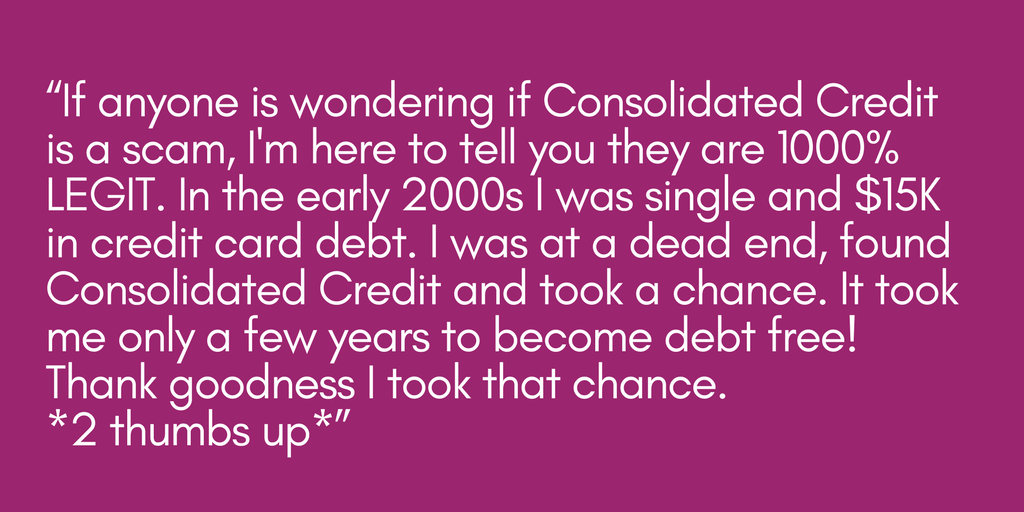