Going into Debt for a Better Autism Treatment 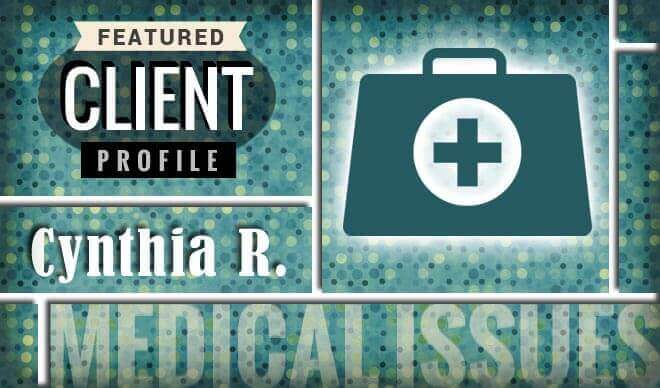 Cynthia’s credit card debt spiraled out of control when she moved to Florida last year – so her daughter could surf.

That may sound odd until you realize Cynthia’s daughter is autistic and suffers from seizures, but she benefits from a robust activities program that includes surfing. Such a program wasn’t available in Kansas, where their family had been living previously

Following the move to Florida, Cynthia’s husband James got a job as a math professor at local university, while Cynthia worked part-time as a teacher. Both have PhDs so you would think they would be able to generate the income needed to maintain stability. But while James’ doctorate is in math, but he didn’t need the advanced degree to know the family’s income wasn’t enough to cover the debts.

“This medical stuff is out of control and that’s why we’re suffering. You can’t control the seizures. We still owe $500 for a scan we did on her brain in November. We can’t seem to get ahead of the bills. Instead we just go from month to month and hope more bills don’t come in.”

Cynthia’s situation is troubling but not unique – 1 in 3 Americans struggle to keep up with medical bills, according to a report from The Henry J. Kaiser Family Foundation last year. In Cynthia’s case, she and James had amassed close to $14,000 in credit card debt before they finally called Consolidated Credit three years ago. Last month, the family made their last payment to eliminate that weighty burden.

With so many medical bills, they couldn’t buy anything else…

While the new treatment in a new state was helping their daughter, Cynthia and James’ budget was another story. The family tried every means possible to cut back, but it still wasn’t enough.

“We don’t smoke, we don’t drink. I tried to stretch everything I can stretch. We have no cable, no newspaper, no entertainment, we drive a 2001 minivan with a quarter of a million miles – we have nothing to show for the debt. So much of our money has to go towards medical bills. Even with all of those cutbacks we were just barely making ends meet and then eventually we weren’t even able to do that.”

To make those ends meet, they ended turning to credit…

As with so many families who find themselves in this kind of situation, Cynthia and James started using credit cards to cover anything they could cover with them. As the balances increased, even that juggling act became impossible to sustain.

“We were living paycheck to paycheck, using one credit card to pay for the other, hoping that it didn’t go over the credit limit. We could buy food on credit but we couldn’t buy electricity or rent on credit, so we’d buy checks from the lenders on credit, but that ended up tacking on high APR on top of those bills.”

They both knew this system was burning money, but couldn’t stop…

“Any real money that we had left after the medical bills went to things like the mortgage and our college loans. After that, there was nothing left for the other stuff.  I can handle my finances, I can’t handle medical.”

This situation is all too common, especially when it comes to challenges with long-term treatment for conditions like autism. Insurance only covers a limited amount of the complete treatment plan that’s really needed, so families are left to fill the gaps themselves. It creates a huge burden that leave people feeling trapped – not just by the medical issue, but also by the debt it ends up causing.

As the medical bills mounted, so did Cynthia’s desperation…

The problems with debt caused Cynthia’s anxiety to rise and stress levels in the house to increase. Although Cynthia and James needed to focus on their daughter and family, the stress over their situation with debt was a constant distraction. They knew they needed help, so Cynthia hit the Web to find a solution.

“I wanted a company and a program that was reliable. I didn’t want to get scammed. I didn’t want a company that would tell me, ‘We can do this for you for $100 plus a month’ or something crazy. I did a search online and Consolidated Credit came up. I scrutinized the website and decided to stick around.”

Consolidated Credit, helped her out…

“Enrolling in the debt management program provided a bit of breathing room.  Before Consolidated Credit, we were only making the minimum payments on my cards. Our interest rates were 24 percent. Consolidated Credit was able to negotiate and bring it down to 10 percent –14 percent less than what we were paying.”

Still, even though Consolidated Credit shaved close to $100 off her monthly payments, Cynthia and James still struggled to keep their payments up. After all, unlike some basic credit card debt problems where you can adjust your budget and stop charging as you eliminate the debt, the medical bills James and Cynthia were facing for their daughter were still coming in.

They sold their house Kansas and downsized in Florida…

“We were able to make the final payment on our debt management program today because we sold the house in Kansas. While we didn’t make much of a profit at all, it was enough to pay you guys off and move into an apartment.”

Now they’re at least debt-free, so Cynthia can stop stressing over her debt and focus on her daughter’s treatment. But again, given a challenge like autism that requires ongoing treatment that’s often left to be covered out-of-pocket, Cynthia’s family is not out of the woods yet.

With medical bills still mounting, Cynthia knows she may be calling back…

“I don’t know what else to do. My husband has surgery coming up and we just cannot seem to get ahead of the bills. It’s always something All we can do now is just go from month to month.”

This is a scenario that Consolidated Credit’s certified credit counselor Bob C. who helped Cynthia knows all too well…

“As far as medical debt goes, I suggest clients settle those bills directly with the provider. As a rule, medical debt has no fees or interest and does not provide much of a benefit going on the debt management program.  Some people think taking out a loan to pay off the medical debts is a good idea. I say it’s a bad idea – you’re taking an interest-free debt and converting it into a debt where you’re paying potentially high interest.”

Medical debt is a single-payment type of credit, which interest charges are usually not applied. It’s simply a bill that has to be paid by a certain date for services rendered. If you don’t pay it becomes a debt that goes to collections and can damage your credit. So while you may be able to consolidate these types of debts, it’s often better to negotiate with the medical servicer who provided the original treatment.

“Clients should see how much they can afford to pay towards these debts and start making payments. It’s very common that the agency collecting these debts will demand large monthly payments – far out of reach from the average client – but they also won’t reject smaller payments if that is all you can make. We suggest you do the best you can, send in what you can. When one bill is paid in full, take the money that was going there and add it to another debt.”

Cynthia is handling medical debt in stride, and she’s thankful for the help…

“I highly recommend your company and would not change a thing. Consolidated Credit is very responsive, very friendly, non-judgmental. Your service people are highly encouraging. There’s nothing to complain about. It worked out really well and I can’t even say improve it because there is nothing to improve.”

If you’re struggling to maintain financial control because of challenges brought on by medical debts, we can help. Call Consolidated Credit today at 1-888-294-3130 to request a free, confidential debt analysis with a certified credit counselor.