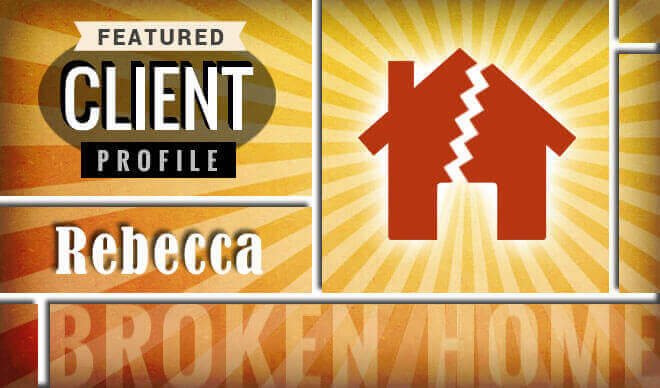 How to recover from a bad marriage and bad debts

Rebecca’s divorce cost her $10,000, but she’s been paying for it ever since – in the massive debt she racked up afterward. After 21 years of marriage, Rebecca split with her husband. It wasn’t pretty. “That divorce cost me almost $10,000. He’s still trying to get me back and it’s like no thank you – he can’t keep a job. I’ve had my job for 35 years.”

How divorce led to debt

After losing money in the divorce, Rebecca had to move.

“I had originally moved to a place where I thought I could afford the rent but after a year I realize I couldn’t, it was putting me in a hole.  My rent was over $1,000.”

That was a lot of money where Rebecca lived, in a rural area outside Trenton, New Jersey. She also had a long commute from her new place, which added to her bills.

“Because of the type of car I have and how far I live from work now, I bought an SUV and that’s been killing me. I drive 52 miles back and forth to work.”

She succumbed to payday loans

Rebecca has worked for the state of New Jersey for 35 years as a senior technician. While her salary is steady, there’s no way to work overtime and make up the difference she needed. So she turned to payday loans.

“They weren’t a lot at first, but every time I paid off one, I’d take another.  I was doing it for a year. The money would come out of my paycheck before I even get it. It was a pain.”

The pain grew as the payments did. Soon she couldn’t juggle the interest rates and her living expenses.

“I couldn’t afford food and other things. Paying for the payday loans plus the bills plus my truck and my rent and cable and gas and electric, it just killed me. I couldn’t afford anything and I was very unhappy and depressed.”

A TV commercial changed her life

She never even saw it. “My boyfriend saw the commercial told me about it.” It was for Consolidated Credit. She had $8,000 in payday loans she couldn’t pay off, so she signed up for a debt management program.

“Let me tell you I feel so much better now and I will never, never, never again get the kinds of loan I had. I’m much happier.”

“I was less depressed and I had nothing else to worry about so it really, really helped me. “

Rebecca has learned how to stay out of debt

Not only has she paid off her payday loans and saved on interest and fees, but Consolidated Credit’s certified credit counselors taught her how to stay out of debt.

“If you know you can’t afford something just don’t get it. If you don’t want to be unhappy, don’t do it. I also recommend nobody to get payday loans. At the moment, it’s quick. But the interests are ridiculous and it’s not worth it.”

While she might get another job during retirement, it won’t be because she needs to pay off debt.

“I will relax first in retirement and try to enjoy my five grandchildren. I might get another job to keep me busy. I can’t stand to be bored. I’m not a couch potato.”