When Life Happens and Creditors Sue 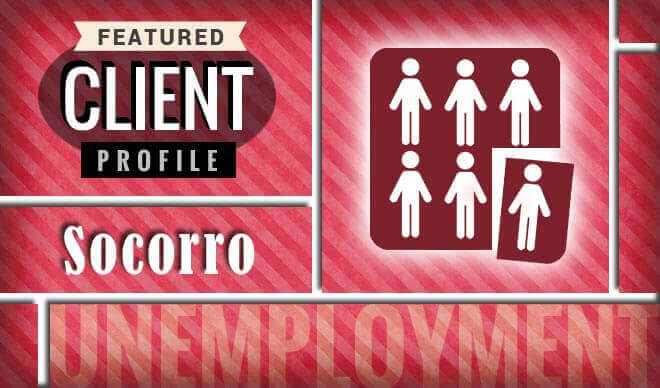 No judgment to get help, no court judgments to pay.

As cliché as this may sound, life happens. For Socorro numerous factors combined to get her into debt. From helping raise her grand-babies to losing her job and even being sued by some of her creditors, there was no shortage of challenges that Socorro faced.

“It was one thing after another. One day I had a job and the next day I didn’t. I was using the credit cards to help me pay bills and it got to the point where I exceeded my limits. Then I stopped paying the bills, I just let them go. Three of my creditors sued me and had judgements brought against me. I didn’t know what to do.”

And if you’re wondering if creditors can sue you, yes they can…

Creditors can have judgements brought against you in civil court if you refuse to pay your debt. If you ignore these suits – or in some cases, you aren’t aware that they are happening, then collectors can get default judgments that can help force you to pay. Thankfully you may still be eligible to enroll in a debt management program if you’re being sued.

Credit card debt problems are often a slippery slope, particularly when those credit cards are being used to cover budget gaps caused by lack of income. To an unprepared budget  and to someone carrying debt, losing a job can spell financial disaster. Socorro resorted to using seven credit cards to buy pampers, groceries and to cover other expenses like car payments, racking up debt to the tune of $12,000. Additionally credit cards are often used to pay other credit card payments as the distressed debtor juggles their bills.

Once the credit limits are reached, you’re stuck with debt that you can’t pay back that goes to collections.  If you don’t pay the collectors, they can take you to court which can lead to other financial challenges, such as liens, levies and wage garnishment.

It is a scenario that many Americans can relate to because they aren’t saving for rainy days. A recent study shows majority of Americans, even the affluent couldn’t cover a $1,000 emergency bill or a $500 unexpected car repair. And like Socorro, if they were to lose their job would find themselves in a similar predicament.

“I was in a very desperate situation. I needed help and you guys have helped me get out. It’s been three years and I have one more credit card to pay off. Thank you for helping me and being patient with me.”

Socorro will soon be debt free. Not only did she pay off her debt, she learned how to become a better money manager by taking advantage of the wealth of resources on our website and putting into practice the lessons of the debt management program.

“You guys taught me a lot. Thank you for working with me and showing me how to budget my money. I’ve learned to save and I’ve learned to use money wisely. I really thought I wasn’t going to finish but there is light at the end of the tunnel. One more month and I’ll be done. Thank you, thank you!”

Soccoro is incredibly happy to be on the homestretch. How did she do it?

“My interest rates were over 21 percent before enrolling in the debt management program. But after you negotiated with my creditors, some were brought down to as low as zero percent. You guys really worked with me.”

This negotiation is just part of the service provided when someone enrolls in a debt management program. In addition to providing guidance and financial education to Americans, our certified credit counselors negotiate lower interest rates with our client’s creditors. Often high interest rates are the culprit for keeping clients in debt longer. A huge chunk of each monthly payment usually goes towards the interest rather than the principal, perpetuating the cycle of debt. With low interest rates, a higher percentage of their payments go towards the principal instead of interest.

Socorro also reports that her credit score improved over the course of the program. Socorro’s score was subprime when she began the program. With a 540 FICO credit score, Socorro would have trouble getting approved for loans and new lines of credit. It could also affect her ability to rent property or even secure new employment.

However, often clients see their credit score improve as they work through the program and complete it successfully. By building a positive credit history and reducing the unsecured debt levels, clients like Socorro who are having trouble with low scores have enjoyed the happy side effect of seeing their scores improve as they eliminate their debt.

One of the requirements of the debt management program is that you stop charging on your credit cards since the accounts are frozen. Although it was tough, Socorro ceased charging on her credit cards, and because payments were made consistently and on time, her credit score got a boost. Now she has a balanced budget, better credit, and no credit card debt to worry about paying back.

“I feel relieved. I’ve learned my lesson not to charge because charging is an addiction. You see the credit cards and you keep charging because it’s easy. My dad had a saying it’s easy to get in but hard to get out and that’s exactly what I went through.”

Nothing in life comes easy. In order to achieve freedom from debt success, Socorro had to make numerous sacrifices.

“I had a hard time but I did it and I’m so proud of myself. You really have to commit to the debt management program, not just start it and then quit. If you want to see a light at the end of the tunnel you have to stick with it and you have to sacrifice a lot of things. I had to learn that if I wanted a purse I had to say, ‘no I can’t use the credit card for that.’ A lot of my debt too was on nonsense, a lot of nonsense. I don’t want to do that anymore. I’ve learned from my bad experience. I’m almost there and I can now breathe a huge sigh of relief.”

Although she does not swear off credit cards, the debt management program has taught her a lot including how to control her spending.

But don’t expect her to engage in frivolous spending…

“Just because you have a credit card doesn’t mean you have to go out and get an expensive purse  – that’s what I did. I’m not even joking. Or say I will charge this now and pay for it next month. But you never know what tomorrow will bring. It was hard but I will keep moving ahead and do everything the right way.”

For the past 20 years Consolidated Credit has helped over 5 million Americans like Socorro get out of debt and achieve their financial goals. Socorro couldn’t be more grateful to the credit counseling company that helped her achieve just that.

“You guys taught me a lot. I just want to go to sleep at night and wake up knowing I don’t have credit card debt, that I can budget my money, save and use credit wisely.   Thank you so much! Hopefully I won’t have to do business with you again but if I falter I know just who to call.”