Client Profile: Robert has been through it all, but nothing can stop him from paying his debt 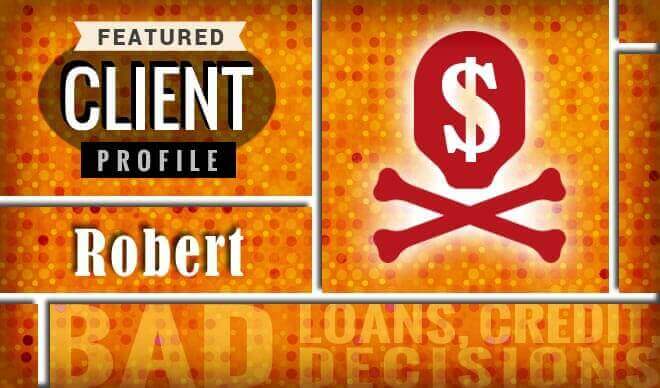 From 2012 to 2013, Robert took out about $4,000 in payday loans. The interest rates ranged from 360 to 1,000 percent and were literally eating him alive. Although Robert was drowning in debt, the New Yorker was determined to pay his creditors back but just didn’t know how.

One day while watching television, his saving grace appeared on his TV screen – a Consolidated Credit commercial. Robert made the call and later graduated from the program free of payday loan debt. But that wasn’t the only debt he was carrying.

Because Robert was pleased with Consolidated Credit’s handling of his debt the first time around, he entrusted their help again – this time to take care of his credit card debt. Robert has seen his share of problems, from bankruptcy to divorce to being on disability, through it all Robert remains resilient.

So Robert enlisted the help of Consolidated Credit again…

“Your program is excellent,” he says. “I like the way it’s structured. It helps make manageable what’s seems unmanageable. Your company is very easy to work with, you’re very knowledgeable, and you handle everything great. I really appreciate it.”

Robert remembers getting relief from the very first phone call…

“I felt good. The people on the other line were very confident,” he says. “The fee was reasonable, and I liked the fact that Consolidated Credit is nonprofit. I was relieved.”

“You guys sent me something saying that I had successfully completed that program and helped hold off any adverse effects on my credit,” he says. “I was already carrying a bankruptcy from my divorce in 2008. I felt a sense of relief that I can’t explain.”

With one debt paid down and another to go, Robert plans to use the valuable lessons his parents taught him that he never understood – until now…

“I’m in the process of trying to live dollar for dollar,” he says. “I’m hoping to save money now moving forward and just do what my parents did. They had very limited use of credit cards. They learned to put things on layaway. They learned to live within their means, which is essential. I’m learning that now. These are important lessons my parents tried to teach me that people of my generation or younger had a hard time grasping.”

Robert insists that the instant-gratification phenomenon is robbing the younger generation of financial freedom.

“That instant gratification is problematic for a lot of us,” he says. “It’s better to save up to get what we need or buy something less expensive.”

Robert practices what he preaches…

“I’ve learned to shop at the dollar store or shop at church thrift stores,” he says. “I can’t even imagine buying pants at the mall right now.”

He hopes to have a couple thousands in the bank when he’s done with our debt management program.

“Within a few years, I’ll be done with your program again,” he rejoices. “If I can pay it sooner I will, and that will be the end of it. I now live a lot more honestly financially. I’ve learned to adapt to the changing financial climate, and my changing economics. I have to really watch everything and live within my means. Hopefully this is the last time out.”

“I talk to a lot of people and they tell me about their situation,” he says. “I tell them without hesitation, there’s this company that I work with – Consolidated Credit. They are very reliable and they did a great job for me. Give them a call.”

Don’t Let Your Debt Consume You

Payday lending exploded over the last couple of years – particularly during the global recession – driving consumers into debt. And because of their astronomical interest rates, lawmakers have taken notice – 15 states have banned the service and others have restricted it. But before these laws were enacted in Robert’s home state of New York, he had already fallen victim. With the help of Consolidated Credit, he was able to gain freedom from his payday loans.

If payday loans are wreaking havoc on your finances, our certified credit counselors may be able to help you regain control. Call 1-888-294-3130 or to find out how much debt you’re in, request a free Debt & Budget Analysis online.